This is a call for help. No, really! Please! Save me! No? Well then come join me in commercial doom.

Last week one of my housemates bought and brought home the starter pack for the "new" Skylanders game. His reasoning was noble. A good friend of his had recently left the company he currently works for and is now an employee of Vicarious Visions, the creator and developer of the Skylander line of toys and games. He wanted to support his friend's company, keep them in business as it was, and in doing so he may have doomed our entire apartment.

For those unaware Skylanders is essentially an amazingly fun money trap wherein you buy little figures that you can then play in a videogame. It's kind of like Yugioh meets your standard action/adventure platforming game, where once you have bought the fabled Blue Eyes White Dragon you can play it in the game. There are enough RPG elements involved to invest you in your purchase. Coins you find on levels can be used to upgrade abilities, with the core approach of the character dictated by a choice of which path you will level up on, and you can further upgrade by equipping hats.

Beyond that the game is simple but fun. You mash one key to attack bad guys, another key lets you jump, a third key activates a character specific special abilitiy, and the fourth key uses the "has to be unlocked" second attack type that the character has. Levels are split up with cut scenes that are decently well voice acted and reminds me very much of old school Saturday Morning Cartoons, complete with mid-grade villainy like "Kaos has stolen all the stars from the sky to use as candles for his birthday cake, if he blows out the candles the stars will be lost forever" and the motivation for this villainy? Well, Evil for Evil's sake (yes, capital E) but like I said, this is middle-grade Saturday Morning Cartoon Evil. 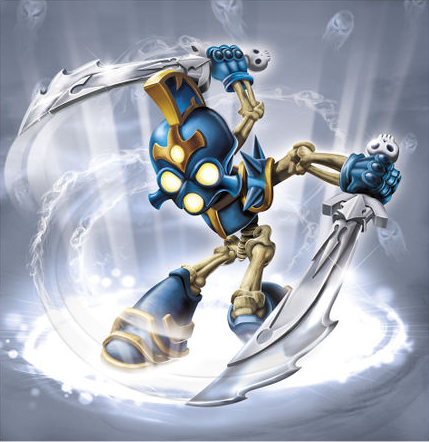 The danger to your wallet comes in a couple of ways. First off, to 100% the game you need a bunch of the models (for Skylanders: Swap Force you need all 8 swap powers, all 8 elements (covered by the above if you're careful), and a Giants figure.) However, as you go along the game you will grab upgrades for other Skylanders, which leads to the second danger: the game is infinitely collectable and the figures are kind of cool too.

I have to give it to the designers. The various Skylanders feel different to play. I play Chop Chop differently than I play Hex or Sprocket and that means that somewhere out there is a Skylander that likely fits me very well. Finding that, or collecting until I have it, can be a huge deal. It is also the business model for the game, and they help you along with posters and trackable stickers for who you have. The codes you get are also useful across multiple types of the game. 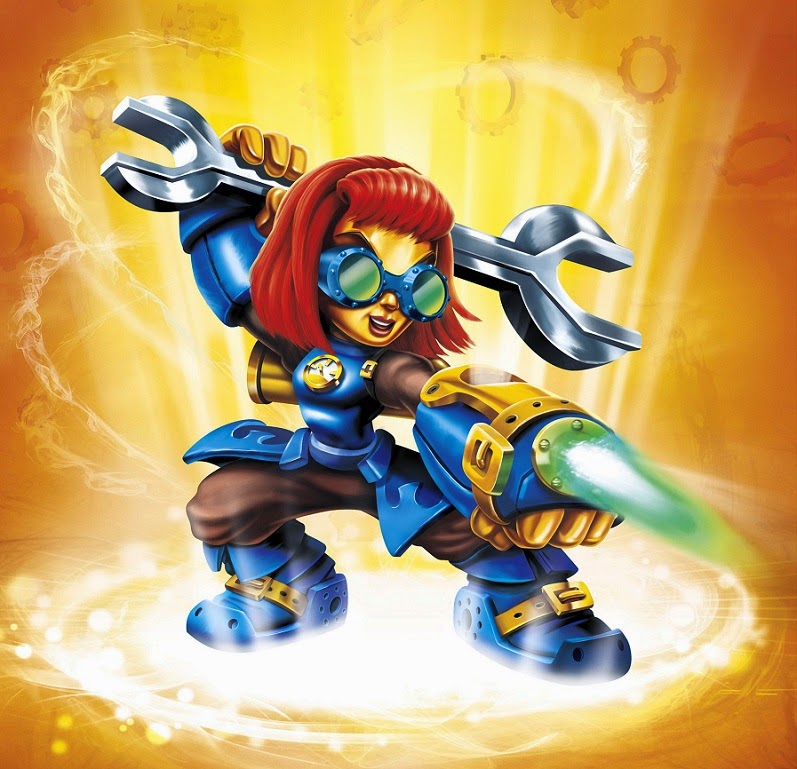 In the end I'd have to say it is a darn good game for anyone who wants to try it. Just be careful. It is dangerously good at sucking more money out of your wallet. How do I know? Well, the three adults in my apartment have collectively bought about 20 of the things in the last week. More are set to arrive this week too, and we still haven't done the smart thing of just unlocking what we need to 100% the game.
Posted by A.L. at 10:00 AM

Email ThisBlogThis!Share to TwitterShare to FacebookShare to Pinterest
Labels: Videogames